Nigeria’s Ngozi Okonjo-Iweala has been appointed the new chief of the World Trade Organisation.

Okonjo-Iweala, former Nigerian Finance Minister, had secured the popular vote by a wide margin on October 28, 2020 but was not named DG because the US opposed her candidacy.

After the October meeting, the WTO said Okonjo-Iweala had the best chance of getting a consensus.

The US had said it favoured Yoo over Okonjo-Iweala because WTO is in dire need of reform and must be “led by someone with real, hands-on experience in the field”. The Donald Trump- led administration suggested that the race be reopened.

However, the US government led by Joe Biden and Kamala Harris expressed strong support for Okonjo-Iweala’s candidacy as WTO DG.

On Thursday, the funeral of Dr Tosin Ajayi of First Foundation, took place in Lagos

A mild drama however ensued when older children of the deceased struggled with their father’s second wife, Helen Prest for shovel at the grave side.

Their mum, the first wife, was present and the pastor.

Ajayi died I April 2020 but his kids dragged his wife, Helen Prest to court and stalled all burial plans.

The court gave judgement recently for the burial to take place.

Alhaji Lateef Jakande died on Thursday 11th of February at the age of 91.

Jakande, who is also known as Baba Kekere, brought a lot of development to Lagos as governor between October 1, 1979 and December 31, 1983, in line with the five cardinal programmes of the Unity Party of Nigeria founded by a former Premier of the Western Region, Chief Obafemi Awolowo.

Incumbent Governor of Lagos State, Babajide Sanwo-Olu, confirmed the passage of the elder statesman in a statement.

He wrote, “With gratitude to God for a worthy life well spent in the service of Lagos State, Nigeria and humanity, I announce the death of a venerable statesman, outstanding politician, public administrator and the first Civilian Governor of Lagos State, Alhaji Lateef Kayode Jakande.

“Baba Jakande’s record of service as a journalist of repute and a leader of remarkable achievements as governor of Lagos State will remain indelible for generations to come.

“His death is a colossal loss and he will be missed.

“On behalf of the Government and people of Lagos State, I want to express my sincere and heartfelt condolences to the family, friends and comrades of Baba Jakande.

May his soul continue to rest in peace, Amen.

Kwara State Governor AbdulRahman AbdulRazaq has described the death of Alhaji Umaru Saro, the Sardauna Ilorin, as a big loss to the nation and the state, especially the Ilorin Emirate where he impacted the lives of many with his industry, philanthropy, and positive influence.

“This passage represents a monumental loss to not just the Ilorin Emirate but to the entire state and the nation. Alhaji Umaru Saro was a phenomenon of his time, a business mogul, known nationally and internationally for his entrepreneurship, industry, generosity and commitment to communal growth, peace and harmony. His love for the Islamic scholarship and propagation is widely acknowledged as he invested so much resources therein. Alhaji Umaru Saro was a leading light of the nation’s business community in which he is held in high esteem. Most significantly, he was an inspiration and pillar of support for our Administration from inception. His death is indeed the end of an era,” the Governor said in a statement on Sunday night.

“On behalf of my family, the people and government of Kwara State, I commiserate with the Emir of Ilorin Dr Ibrahim Sulu-Gambari, the Ilorin Emirate Descendants Progressive Union (IEDPU), his immediate and extended family, and of course the entire Muslim community on the passing of the Sardauna of Ilorin. He served God and humanity, and was always proud to identify with the people, poor or rich. We are consoled by his many virtues, particularly his philanthropy and immense love for our people and the community. We pray Allah (Exalted is He) to grant Alhaji Umaru Saro forgiveness and reward him with al-jannnah Firdaus. May Allah, exalted is He, comfort the family that the Sardauna has left behind.”

The fact is that 90% Yoruba no more has interest in Nigeria, and therefore supports anyone who will champion the campaign for Yoruba Nation

Sunday Igboho is doing exactly what the Yoruba wants. I mean the real yoruba people, not politicians.

Yoruba people has ignored Sowore and told him he should face alone whatever that comes his way.

Come to think of Sunday Igboho, despite going against Nigeria Law/Constitution, he still has the supports of his people. Even some Monarchs, traditionalist etc in Yorubaland prayed and supported him. Sunday was able to control crowd both physically and on social media.. It is easy to know peoples choice.

Sunday also has supports from some politicians, none yorubas etc because they knew he was fighting a good fight for his people without minding the consequences.

Now, what lesson have you learnt from this? To me, I think the best support you can have in life starts from your own people.

Nigerian businessman, Prince Obieze Nestor, who was arrested by the police in Dubai after he flaunted wads of money online, has allegedly died in police custody.

It was gathered that Obieze, who was said to be into oil and gas, was arrested on Tuesday, January 12, 2021, few days after he posted the video on his Instagram page.

According to a source, “After he posted the video, the police stormed his house and arrested him. They didn’t allow anyone to visit him, not even his lawyer or his girlfriend had access to him.

He was arrested by C.I.D. of Dubai and I believe he was tortured during interrogation. He died in police custody and he has been deposited in the mortuary”. 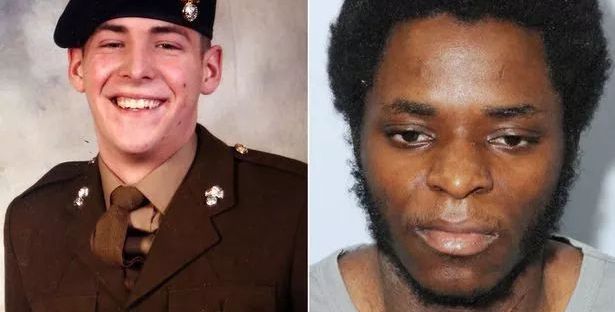 Nigerian Islamic extremist, Michael Adebowale, who is currently in prison for murdering British soldier, Lee Rigley in 2013, is fighting for life in hospital after ‘contracting coronavirus.

The 29-year-old was reportedly moved from the high-security psychiatric hospital in Crowthorne, Berkshire, to a Covid ward after his condition went ‘rapidly downhill’.

It is the second time in recent days that the killer has been admitted to hospital with the virus, according to the Sun.

A source told the paper: ‘He’s in a very bad way and fighting for every breath.

‘It’s reached the stage where it’s a 24/7 battle. If he deteriorates much further, intensive care would be the next step.’

Adebowale, who is said to have tested positive for Covid two weeks ago, is not on a ventilator but is said to be receiving oxygen treatment.

Michael Adebowale and his accomplice Michael Adebolajo ran down the solider, a father-of-one, with a car before launching a brutal machete attack on him near his barracks in Woolwich, South East London in 2013. The former was given 45 years in jail for his part in the bloody attack while Adebolajo got a whole life term.

The Sun also quoted the mother of Lee Rigby, Lyn, 53, who said it would ‘not be just for Covid to take this man (Adebowale) prematurely and end the sentence handed to him’.

“We’ve maintained true justice for Lee is to see his killers remain behind bars and serve every day of their sentence.”

It was double tragedy for a young man, Felix Ojirike who was brutally attacked by his neighbour as he lost his eye after the attack by one Chidera Eze who was accused of sleeping with Ojirike’s wife in Lagos.

The incident happened at Sanni Dauda Street in Ejigbo, Lagos where they resided.

An eye withness scooped that one of the Ojirike’s eyes was badly damaged, he cannot see with it as he was still lying critical ill at West Care Hospital in Ejigbo, Lagos.

It was gathered that trouble started after the neighbours informed Ojirike that Eze who was an Okada rider used to sleep with his wife whenever Ojirike went to work.

We also gathered that after the neighbours had informed Ojirike that Eze usually left early for work but comes back after he had gone to his own work to stay with his wife, an embattled Ojirike then decided to find out if what their neighbours told him was true. He reportedly prepared and informed the wife that he had gone to work but later came back and met his wife on top of Eze’s bed.

We learnt that it became an issue in the neighbourhood which led to exchange of bitter words that eventually resulted into a public fight between Ojirike and Eze in the compound.

During the fight, Eze reportedly took a sharp object and stabbed Ojirike’s eye. He was rushed to the hospital where he was being treated.

The incident was reported to the police at Ejigbo Division; Eze was arrested and detained at the police station.

When our correspondent visited Ojirike in the hospital, he confirmed the incident and narrated how he caught Eze with his wife.

However, Eze denied that he had sleeping with Ojirike’s wife and explained that it was their neighbours that caused the whole trouble between him and Ojirike by lying against him.

But he was unable to explain what Ojirike’s wife was doing in his room apartment when her husband was not around.

At the police station where Eze was detained, the police source confirmed the assault and detention of Eze and said he will soon be charged to court.

Continue to rest in peace.

A renowned Politician and former Nigerian minister of Commerce and Industry Jubril Martins-Kuye is dead.

He was said to have died on Sunday morning.

While confirming the story from Senator, Lekan Mustapha, Ogun east senator , He said “The death of JMK is a big blow to us, he was not just a Mentor,he was a partfinder”

His remains will be buried in Ago Iwoye later today.

May his soul rest in peace.