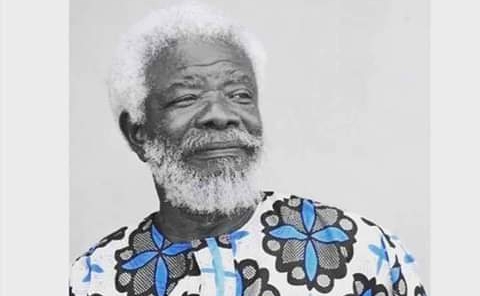 Peter Fatomilola was born on 16th January, 1946 at Ifisin, Ido-Osi, a city in Ekiti state, South-western Nigeria to the family of Late Chief Abraham Ojo and Mrs Elizabeth Fatomilola, being the only child of his mother, though his father had several other children. He had his primary education at The Apostolic Primary School, Iwaro-Oke; he went to the modern school at Ilesa and then Ife City Commercial College in 1968 for his secondary education.

Acting, for him, began when he was in primary school. He used to write short plays and direct his friends who were co-actors with him. When he was at the City College, he collaborated with his house master and established a drama group named Ife City Dramatic Society, and he was further sponsored by the schools principal, Adeyera, who donated a bus to the group. Peter Fatomilola and his group went about staging plays such as Oluwa LO Mejoo Da, Agbalowomerii: Baale Jontoro, etc. In the course of these tours, in 1970, Peter came in contact with late Professor Ola Rotimi during a festival at Oranmiyan Local Government where he had won the medal as best actor. Prof Ola Rotimi took interest in him, so Peter began to work with him. After his secondary education, Prof Ola Rotimi enrolled him in his own Theatre group University of Ife Theatre. Peter Fatomilola worked there for ten years before Ola Rotimi left for Port Harcourt. Peter thereafter worked for Wole Soyinka until his retirement.

He is the son of a Chief Ifa Priest, which was believed to influence his herbalist roles in Nigerian Yoruba Film. Peter Fatomilola is a retired academic staff of Obafemi Awolowo University where he obtained a Bachelor of Arts degree in Theatre Arts in 1978. He was the first person to act the role of Papa Ajasco, a lead role in a comedy opera produced by Wale Adenuga. He has featured in several notable Nigerian movies including Sango, an epic African movie scripted by Wale Ogunyemi and produced by Obafemi Lasode.

Peter Fatomilola is currently the Head of Ifa Priests in his town. Just recently, he was honoured with a chieftaincy title in Ile-Ife by the Ooni of Ife. Peter Fatomilola is a proud father of over two dozen children who he has successfully trained in their academic endeavours.